Today I relocated my workstation from the basement to the backyard and it’s SO nice being outside. There is a huge oak tree right in the middle of my neighbor property which reminds me the Avatar movie. 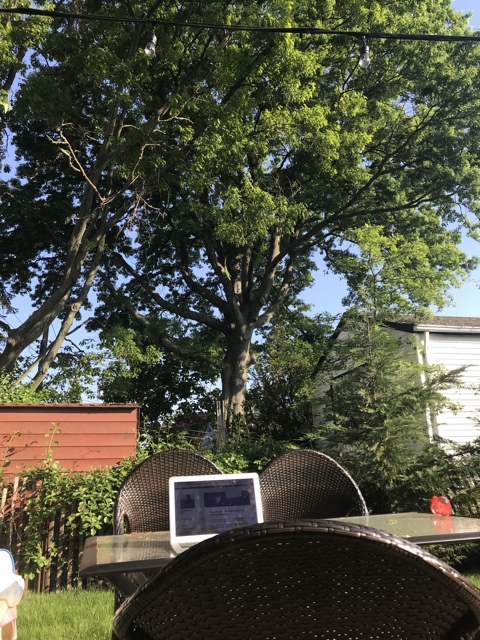 According to Francis story, who is almost a hundred years old by the way, he planted the oak with his own hands about 50 years ago and now is kind of scared of its massive size.

The morning sun is warming up my body and my mood, another reminder of why I love summers in NY. It’s technically still a spring, but this year is kind of weird as we jumped straight from winter to summer.

Anyway… Lately, I’ve been hearing a lot of people saying the variation of this sentence: “Model what works and Don’t reinvent the wheel”.

Some would even go as far as labeling it as the best advice they ever got.

A lot of the different online programs and info products built on top of this principle. Hell, I think even the whole education system tries to instill the very same idea.

It goes like this “You go to school –> get good grades –> go to college –> continue getting good grades –> graduate and find a good job (ideally become a lawyer or a doctor) –> pay off your student debt (or at least try) –> start a family, amass material posessions and add more debt (houses, cars and credit cards) –> hold on to your job and pray that you will not get fired or laid off –> pass on the torch to the next generation –> goto step 1”.

The idea is if you follow that known road, you will get a very similar and predictable lifestyle (hopefully) as a bunch of other people who did it before you.

But what if you want something different? What if you have bigger dreams and aspirations? Well, my friends, I’m sorry to tell you but this is where formal education ends and your own unique journey begins.

Now that I think about it, it’s not surprisingly I ended up in the software engineering world (even though I studied finance in college). It allowed me to carve out a little space for myself where I could disagree with common norms, experiment and do things my own way. It helped me to co-exist with “the system”.

Even though as tech guys we often times rely on best practices and proven design patterns (which is a good thing!) there still a huge surface for creativity.

Our professional toolbox is massive and ever expanding. We invent things that didn’t exist before pretty much on a daily basis.

It could be a small library, a helper script, a code refactor, deploy pipeline or smart server startup automation. It all counts. Believe it or not, but those seemingly unrelated and small creations are crucial for pushing the progress, which in turn might affect A LOT of people.

Here is a small example from my own life.

On my second year of college, I started the company which became one of the first full-blown e-commerce stores in the fashion industry. It changed the way manufacturers sell clothing online, provided access to the wider markets and allowed them to survive brutal effects of globalization. It also helped to establish new service standards for the end customers, who now have the ability to order products with one click of a mouse, try them at home and send it back for a full refund or exchange for any reason. None of it existed 15 years ago at the time of the business inception.

If I were to follow a more conventional path, it’s very likely I would end up somewhere in the bank exchanging dollars for rubles or vice versa… or become an accountant and help count someone else’s money… or maybe I would become someone else along the lines, as long as I could wear a smart face and a nice looking suit to work, just like my mother always dreamed to see me.

Still, even in the software world, you can find a bunch of people who just simply “model what works”. They do the same thing over and over again until it stops working and then desperately look for another copy paste solution without spending time on figuring out how it supposed to work under the hood.

They rarely create something new and just give in to the life of 9-5 mediocrity, getting good paycheck and stability. They constantly worry about structural changes, potential layoffs and resist changes at any cost…

Yes, this path can lead to the big house and a fancy car (and a more debt of course), but will it have the happy ending?

About a month ago I was riding Uber from the airport and had a surprisingly deep conversation with the driver. Her name was Andrea. For a very long time she worked at the hospital as a full-time nurse. She told me that the doctors were one of the most miserable, depressed and rude people she ever met.

That’s why she made her decision to leave that toxic environment and switched to being a full-time Uber driver. Even though Andrea makes less money now, she lives a much happier life and at the same time getting ready for new opportunities that, no-doubt in my mind, are waiting for her in the very near future.

Remember who you are, Simba…

If you are reading this post, it’s pretty safe to assume that you are the creator who got stuck somewhere deep down in the trenches, mindlessly doing “work” without seeing the light at the end of the tunnel (just like I was).

It’s likely that you simply forgot what it means to be the creator because of all of the social conditioning the system has done on you over the years.

Don’t worry, you still have it, just need to pause and “remember”… Yep, exactly like Frank Dux in the Bloodsport movie.

Here is the interesting technique employed by the wild leopard trackers in South Africa: “If after long hours you feel like you lost the track, just go back to the previous good checkpoint where you saw fresh and visible tracks and start over from there.”

So simple and yet so powerful.

Now I want you to stop, turn around and slowly go back your own good checkpoint. For me, it meant going back as far as my college years and rediscovering the feeling of endless possibilities and freedom. The feeling of being alive.

And yes you are right, we can’t simply go back to the past and drop all the responsibilities accumulated over the years. In fact, we don’t have to. All we need is to mentally get back to what we consider a good checkpoint in our lives and look closely at the current path to see if it’s going in the right direction.

If it’s not, then you need to go back and pick another direction. It’s likely that you will have to repeat the process multiple times until you will be able to discover fresh tracks again, tracks which will eventually lead to your own wild leopard. 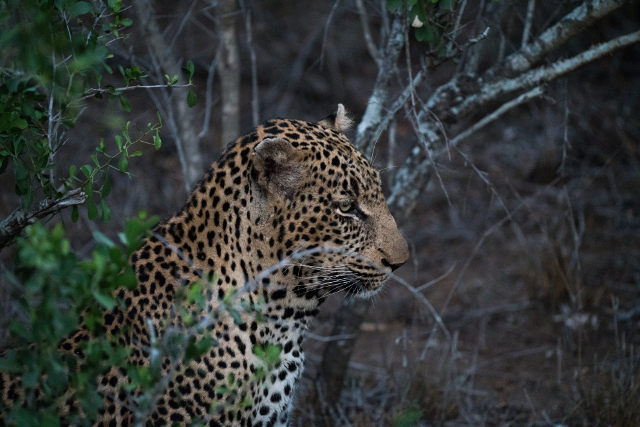 Here is the thing though, it’s not as easy as it sounds. It takes time and daily commitment in order to re-discover yourself.

I think the most important part of the process is to start introducing little changes. Stop eating garbage, wake up early, take different path to the train station after work, pick up a book on a new topic, take some surfing lessons or learn how to dance Bachata… whatever you decide to do will work, as long as you stick with it for the extended period of time.

Yep, I want you to dance just like this:

In all seriousness, I really think the way of change is the way to go. You don’t have to jump all in like I did – start slowly but consistently and you will be surprised by the results.

Find your own answers, through the hard work, passion and imagination.