There is something magical about staring at the screen with the blinking cursor. I’ve been doing it for the past five minutes thinking what should I write about today.

Reminds me the programming when you start with the empty text editor and after a while end up with thousands of lines of code (and hopefully some useful application). The trick is to start and then the fear of emptiness fades away.

See, I’m already not as scared as I used to be 5 minutes ago when I first saw the blinking cursor on the white screen.

The most important thing when it comes to something new and unknown is to start moving forward. Don’t let the imperfections stop you from doing your first steps. If you wait until everything is perfect, there is a good chance you will never launch anything. Trust me, I’ve been there before. 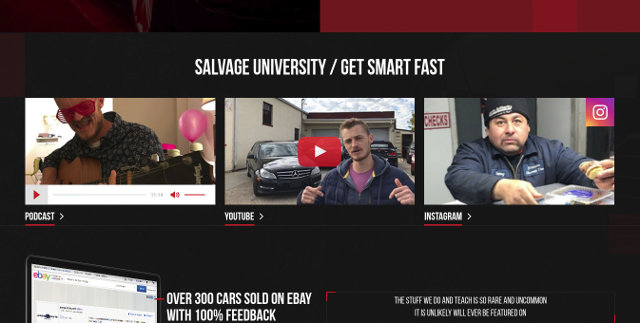 Speaking of imperfections, on December 31st I was able to finish the first edition of the website for my brother’s business. You can see it on www.salvageplace.com.

When we started working on the website concept about a month ago, I spoke with multiple designers trying to come up with the main “theme”. One of them suggested doing it in the GTA game style with drawing characters and stuff.

Not gonna lie the idea was pretty cool and we even decided to go with it, but then the designer got busy and stopped responding to my messages… I didn’t want to wait another month (probably much longer than) and gave the job to another guy who came up with the concept you see on the site today.

Two is one, one is none (always have a backup plan)

The site turned out great (I think?), but like all first releases, it’s not perfect. The picture on the homepage is just the placeholder and was supposed to be a video. There are no testimonials on the bottom as we didn’t shoot them yet. There is no video telling my brother’s mechanic’s story, the link just takes you nowhere basically. In addition to that, we only had a few pieces of content on the social channels and 5 people in the private Facebook group.

My personal goal was to launch the site before the end of the year and we did it despite all of the imperfections!

In fact, my brother Andrei never saw any designs before the release. I just didn’t want to distract him from the day-to-day activity as he was already super busy running a small car repair shop. Plus I wanted to surprise him of course 🙂

To tell you the truth, he wanted to give up on the car business completely about a year ago, even though he has been doing it for the past 10 years or even longer…for

Why? I think the biggest reason was the lack of progress. Yes, he sold thousands of salvage cars and helped a lot of people to save money in the process, but it just wasn’t enough to significantly expand the operation. He was basically tied to his business. Still is. It gets you eventually when you put so much effort for such a long period of time and you see pretty much the same thing as when you started.

In addition to that, when you have family that depends on you and bills to pay every single month, it’s hard to make drastic changes. Say “I” if you know what I’m talking about…

Just a few days ago we got invited to the New Year’s party. There I met the guy who had a great life “on paper” – a pretty big house in New Jersey, cars, kids. I asked what did he do for a living and he said “Accounting”. How about your wife? “Also accounting”. Huh, pretty cool. “Do you like it?”… a sudden sadness in his eyes “Man, I hate it…”. What would you do instead? “Well, I think I would teach kids hockey”. Maybe you should try it? “There is no money in it and I have a lot of bills to pay…”

Bonus tip: If you are young and reading this lines, learn to live on a budget (even if you have some cash) and don’t jump into commitments too soon! Not until you figure yourself out at least.

Change is hard you guys, but everyday misery is even harder…

Anyway, my brother got pretty excited and pumped up when I revealed his new website! I hope it will give him enough of the energy boost to push through the initial stages. 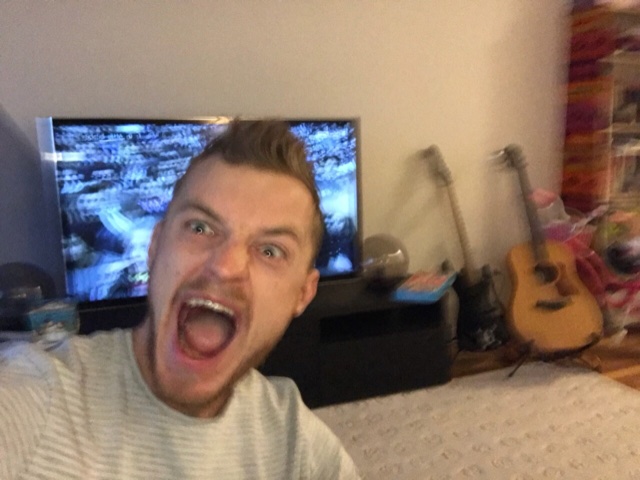 If you ever started any business before, you probably know what I’m talking about. It usually goes like this. You all pumped up and excited. You can’t wait to wake up in the morning and do “your new thing”, whatever that is. As time goes and you don’t see as many results (sales, followers, traffic whatever) as you expected, the excitement level starts to drop… That’s when most of the new businesses fail. It’s critical to get some energy boost at this stage, so you can see the light at the end of the tunnel.

Our big idea at the moment is to put a bit of marketing magic around Andrei’s car business. See, a lot of people doesn’t know his business even exist! Plus there are A LOT of misconceptions related to salvage cars in general.

What fascinates me the most is that he was able to sell more than 300 salvage cars on eBay (while maintaining 100% feedback) without having an online presence at all. No website, no social channels, no email list – nothing! That tells me the product is good and we just need more people to know about it.

Why didn’t we do “the online” thing earlier? A great question. See, my brother didn’t really believe in the “social stuff” for a long time. When people asked him the same question, he would always say: “I like to work with real people, not the virtual ones”. Something along those lines. Possibly deep down he was just scared of the unknown (like all of us) and didn’t know where and how to even start.

Fortunately, about half a year ago we stumbled upon a guy named Russel Brunson and thanks to him started geeking out on the online marketing, even attended the Funnel Hacking Live 2017 event in Dallas! I think I personally learned more about online marketing in one year that I learned in my entire life! That’s when various pieces started to get in place. 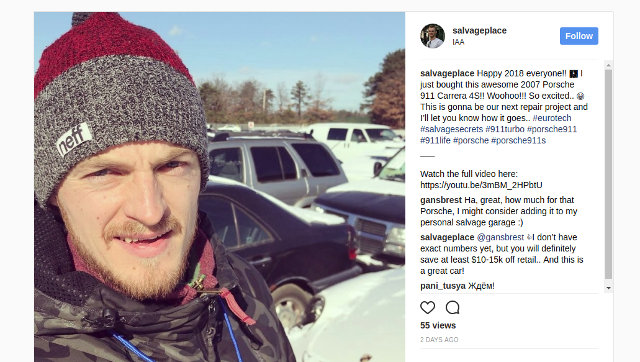 I’ll keep you updated on my brother’s progress, but for now, I want to ask you for a small favor. If you want to know how to save 50% (or more!) on your next car and why the traditional lease is a giant waste of money (or maybe you just want to give some emotional support to my brother), then go to www.salvageplace.com and subscribe to his Podcast and Social channels.

It would mean a world for both of us and will give Andrei some excitement the next morning he has to wake up at 5.30am and go to the car auction in the freezing cold weather. Who knows, maybe one of you will be the owner of that white Porche 911 that you will see on Andrei’s Instagram page – for a fraction of its real price!