It’s about 5.30pm and the office is almost entirely empty.

Not only that, but the doors to the main elevators are locked and if you happened to stay late for whatever (strange) reason (like I usually do), you need to use a secret exit on the other side of the hall to get out.

Don’t believe me? Check this out: 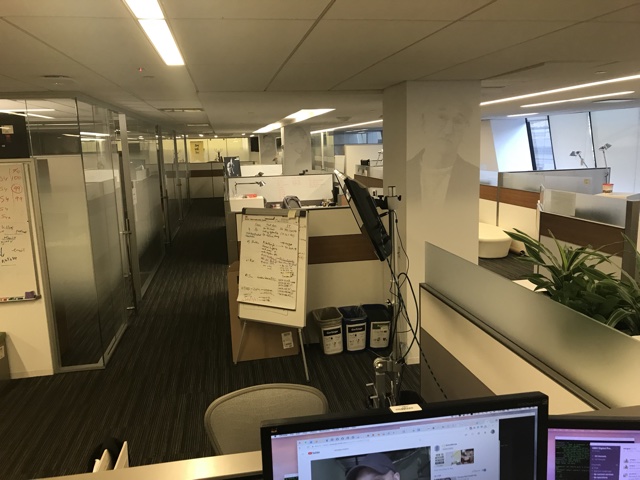 Why am I telling you this?

It’s just a good illustration of 99% vs 1% and how our society works in general.

We all want a better life for ourselves and our families, but almost no one is willing to go an extra mile. It’s just too tempting to simply go with the flow… and that what the “system” wants us to do.

The other day I stumbled upon a picture that said, “Do whatever floats your boat” which perfectly illustrates the point.

In my mind, it’s wrong on so many levels.

We are are forgetting and erasing (intentionally?) the difference between good and bad.

Everything is OK these days and it’s kind of scary…

Why put an effort and try to change something you don’t like if the environment we live in tells us “it’s ok, you are just a different type of person”, “it’s ok to be fat”, “it’s ok to be stupid”, “it’s ok to wear sweatpants and pajamas at the restaurant and pretty much everywhere else (convenience, I get it)”…

It’s time to STOP and take on some responsibility.

In the past few years, I read a lot of books on leadership, marketing, food and nutrition, finance, body and mindset and other non-technical topics.

On top of that, I surrounded myself (virtually and physically) with some of the best leaders and entrepreneurs out there (the infamous 1%).

Here is the interesting pattern that showed up over and over again – people who stay on top of the game do not go with the flow. In fact, in many cases, they go in completely opposite direction!

Sure, here is the simple story form my daily commute. Basically, if you mindlessly follow the crowd at Penn Station once the train track was announced, you will find a bunch of angry people trying to squeeze through the narrow doorway: 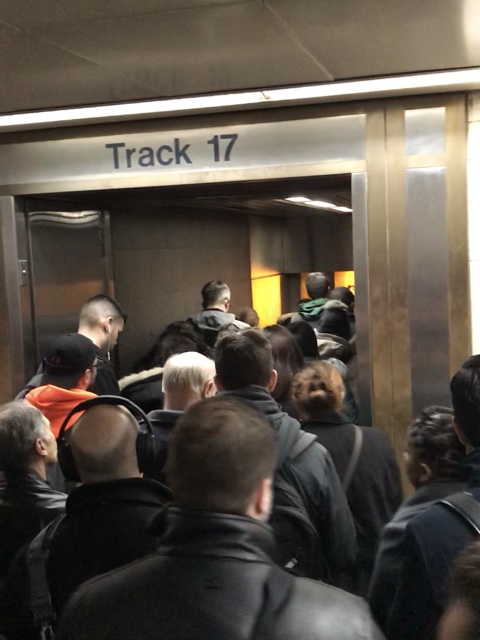 A similar picture happens pretty much every morning when I exit the train. Many times as I followed the crowd I picked up some of its characteristics. Just like the rest of the people on the platform, I would become hateful, angry and arrogant – not a great way to start the day…

See, it’s very natural for us to go with the flow, but if you turn around and go in the opposite direction (takes a bit of effort), you can find the hidden pass with almost no one around: 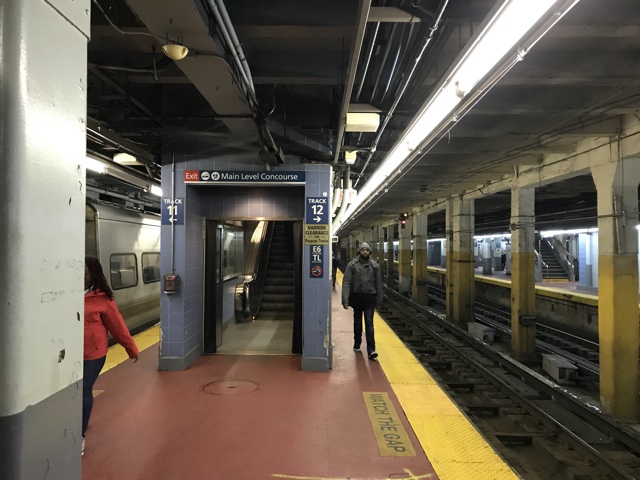 Now, let’s take a look at food and nutrition as another example.

Did you know the vast majority of products we see on the shelves of supermarkets are actually slowly killing us instead of providing vital nutrients for our bodies to function properly?

What’s more interesting is that most of the food brands on the market belong to a dozen or so huge conglomerates: 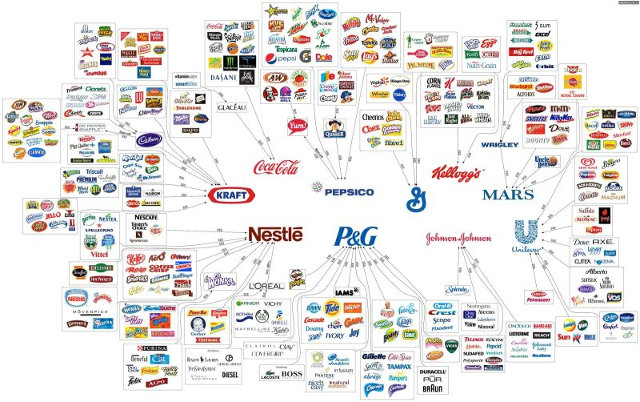 The entire USDA food pyramid is heavily based on carbs, instead of healthy fats and vegetables.

We run away from fat and consume so much sugar from the processed foods and drinks that our bodies are literally screaming in pain.

There results are pretty obvious and scary:

Guess what we as a country do to fix the issue? We don’t focus hard on food education (especially for kids!). We don’t impose very strict food regulations like most of the European countries do. No, we have our own unique “American way” to deal with the problem and that’s the encouragement of the “It’s OK” mentality!

We live in the capitalist world. The world where big corporations dictate the rules of the game and all they care about are the numbers on the quarterly reports.

What does it mean for you and me?

Very simple – we have to educate ourselves and make unpopular choices in order to learn how to play “the game” and have a chance to get what we truly want.

Here are some of the really good books I can recommend that helped me to take the first steps to my new self: Head Strong, Grain Brain, Plant Paradox, The Toxin Solution, Lights Out, Body by Science, Extreme Ownership.

You would be surprised to see how seemingly small changes could make a huge difference in a way you feel and operate.

There are some slight variations to the diets and approaches that each of the authors recommends, which is understandable, but there is a common theme that goes through pretty much every book, every podcast and every talk.

You know what real food is, right? RIGHT?! (Hint: Oreo cookie is not)

MOVE (walk more, take stairs instead of the elevator when you can, lift some weights)

WAKE UP EARLY (even 30 minutes earlier than normal would do. create a simple routine that you follow every morning, get the blood flowing, take a cold shower afterward, find time for some self refleciton, start simple and adjust as you go)

LEARN (pick up a book, listen to the podcast, talk to / be around interesting people, find a mentor – whatever works for you. venture outside of your comfort zone, but go slowly – you have time)

APPLY / WORK (sit down and figure out what you want. come up with a simple plan of how to get there. execute consistently. don’t overthink, put one foot in front of other. repeat. little things add up)

That’s pretty much it.

Sure, there are some specific tricks (tactics) that can help you cut the corner here and there, but the main theme stays the same.

It’s funny when we think about the future, we oftentimes imagine cyborgs and robots, mad scientists with some magical substances, but even in our today’s REAL world, there are people who are physically and mentally different from the rest of us.

Their brains function differently and grow new neurons, they make bold decisions, they are creative, physically strong and have plenty of energy to tackle any situation and win.

You can get there as well and I just outlined the key steps to build the solid foundation for your new future.

The best time to plant a tree was 20 years ago. The second best time is now – Chinese Proverb

The key is to first accept the problem (could take a lot of time and that’s ok) and only then move to the “fixing” stage.

We spend a lot of time looking for the quick and easy fixes – unfortunately, there isn’t one when it comes to your own life.

It a combination of little things that makes the huge difference over time.

Wake up and take the first step. GO!