It’s been over two weeks since I wrote my last post. Feels like forever. All because I was enjoying World Cup games at St. Peterburg, one of the most beautiful cities in the world. 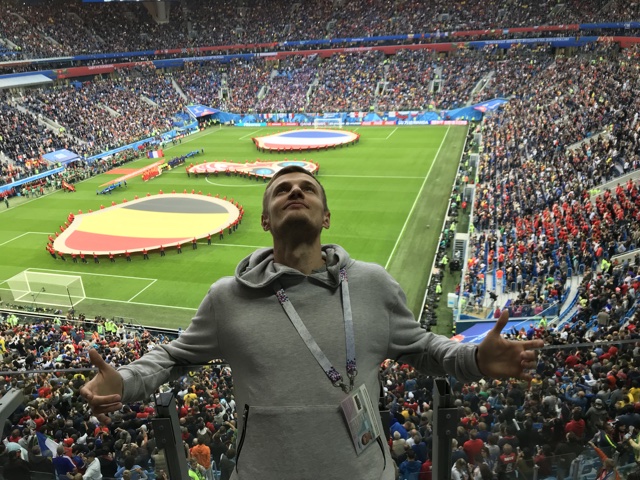 Unlike my previous vacations, this time I decided to do things a bit differently.

I didn’t do any standup calls with my dev teams.
I didn’t record any videos.
I didn’t even think about work-related stuff (well, tried not to at least).

In fact, I barely even opened my laptop throughout the whole two weeks trip!

Because of my mother persistent efforts to turn me into the food consumption machine, it was extremely hard to maintain my regular diet so I dropped it as well.

I also didn’t use any alarm clocks letting my body use as much sleep as it needed.

How about my morning exercises? Nope. 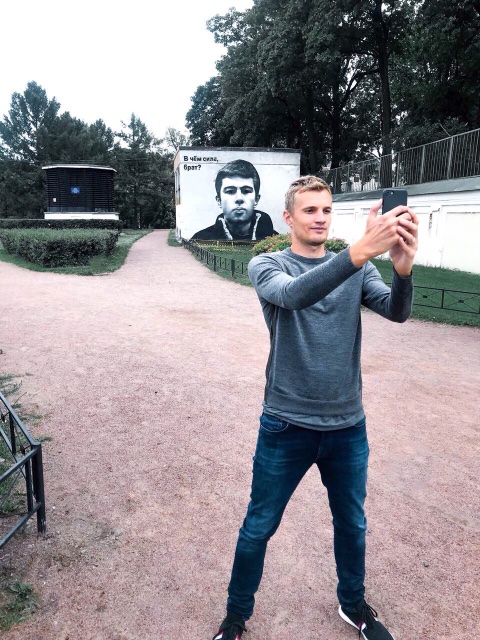 After about of week of complete rest, I started feeling bloated and tired, just like I was about a year ago before introducing changes into my pretty repetitive and boring life. My body demanded some physical activity so I naturally got back to my morning pushups and cold showers.

It’s been a few days now since I returned to NY and it was surprisingly easy to get back on track, so don’t stress out if you skip a day or two or even a month of your routines. It’s ok. Unplug and enjoy your life once in a while. Listen to your body and adjust accordingly. Just make sure you raise back up in case you get knocked down as it’s a bit of slippery slope if you stay in the relapse for too long ))

Anyways, it was our first visit to St. Peterburg so we took a lot of tours around the city and never had less than 40K steps in a single day according to my friend’s smartwatch.

Turned out Piter is almost the same age as New York (around three hundred years), but so very different in terms of architecture, layout and the general vibe. 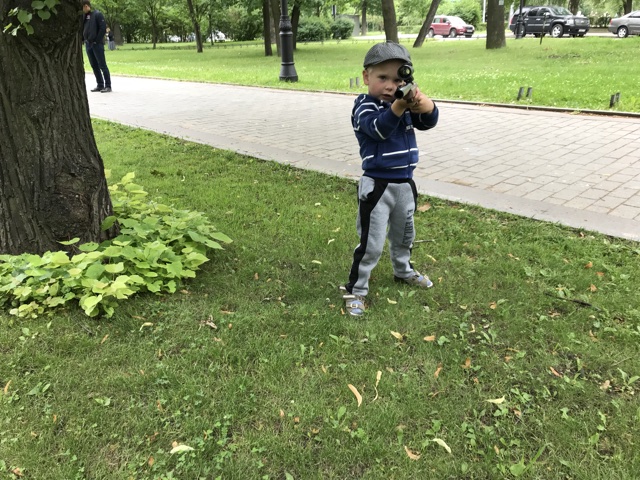 Almost every other house and every street had some historical importance. We went to the Hermitage museum, saw Peterhof fountains, took a boat trip at 2am on the Neva river to see the famous drawing bridges at work, heard the real cannon that fires every noon since 1873 at the Paul fortress, followed Lenin’s footsteps to Smolny to breath in the spirit of the Soviet Revolution, stayed in between sphinxes with the half-women half-skull faces overlooking the notorious Kresty prison. 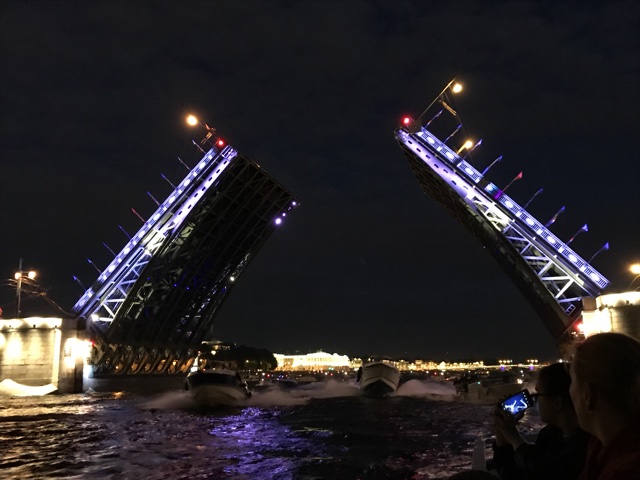 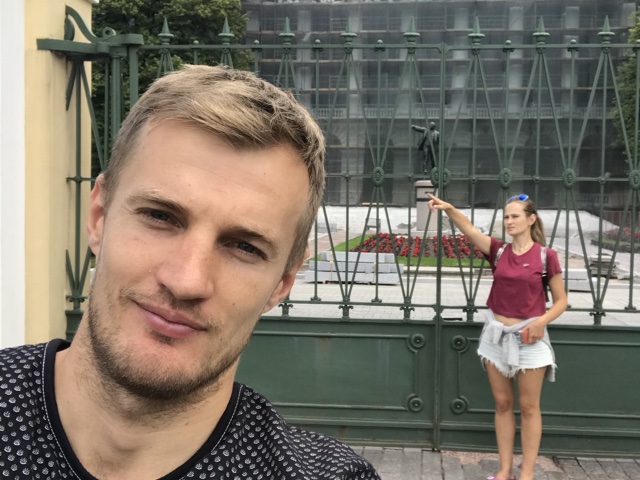 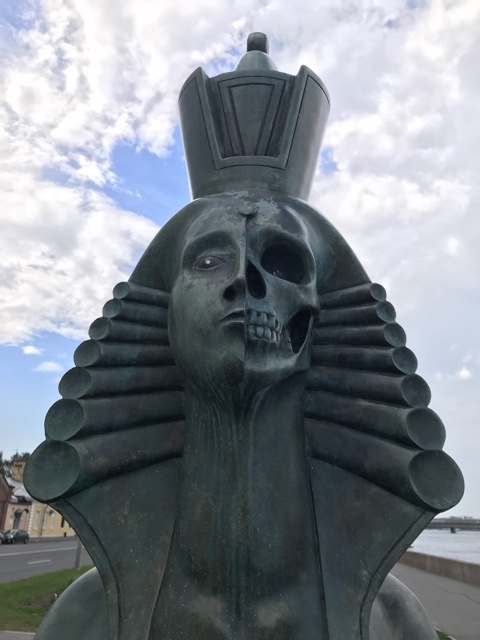 Not to mention Summer Park by the Peter the Great palace, Kunstkamera, Aurora cruiser, Pushkin memorial apartment where he died after the duel with Dantes, Saint Isaac’s Cathedral with the awesome vantage point overlooking the entire city. 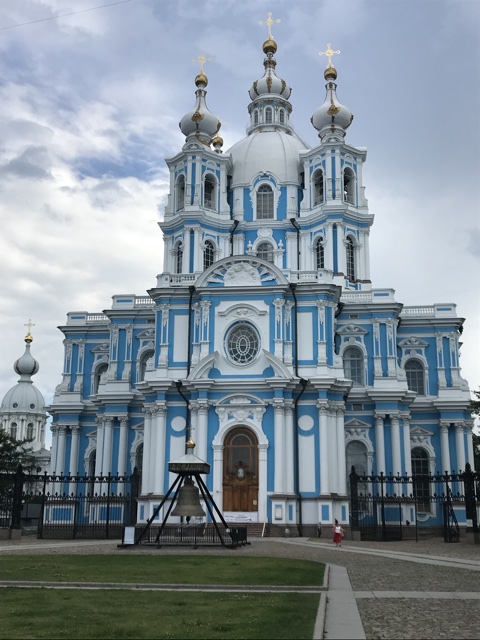 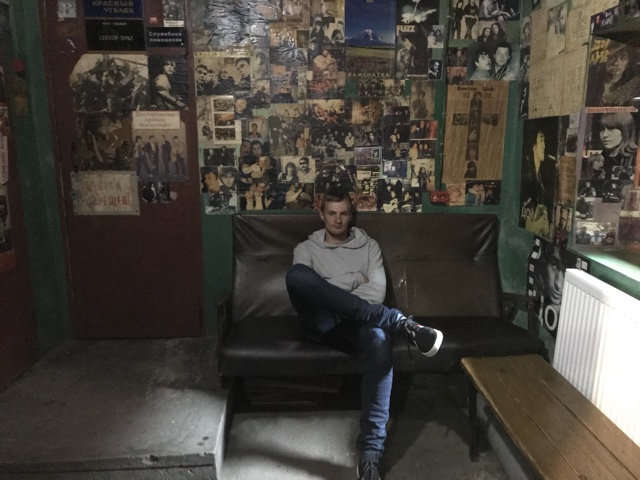 I could go on and on, but to tell you the truth we just barely scratched the surface with our one week stay. You would need to book a solid year in order to slow down and truly take in and understand this awesome city. Add another year if you enjoy history.

Ok, now it’s time to get to the promised takeaways. Here is the first one:

As we were crossing the Neva River by walking on the impressive Palace bridge and enjoying the city view, I couldn’t stop thinking that all of this beauty was only possible because of the close collaboration with the best European architectors and engineers. It started back in the XVII century (over three hundred years ago!) and continued ever since.

A lot of the St. Peterburg architecture was inspired by the tsar’s visits to Amsterdam and Paris as well as other European cities. Thousands of workers came from abroad to help with construction, so if you thought that globalization is unique to our generation then think again 🙂

If you plan to create something truly outstanding, make sure you educate yourself about the current progress in the chosen area and then get together a group of top-notch professionals from around the world to help you make it happen.

2. Think about the future

If you ever visit Peter I house, one of the first buildings in St. Peterburg, make sure to spend some time and read the info boars hanging on the museum walls.

You will see that tsar Petr I ordered to preserve his first house so the future generations like you and me could know their history. Pretty impressive, right?

Don’t be extremely greedy and short-sighted. Learn to think big and care about other people. That’s a simple recipe for creating a legacy that could last for generations.

3. Live a simple life and lead by example

Petr I house is also a great example of simplicity and purpose. Even though he was quite resourceful as a tsar, he didn’t bother building huge palaces right away.

That tells me he was a person who liked to move fast and see some immediate progress, instead of wasting time on unnecessary processes and procedures.

The furniture in the house was also quite simple – nothing but a table and a chair in his cabinet which, according to some sources, Petr built himself.

His bedroom was about the same size as our modern bathroom.

Yet, none of it bothered tsar too much. Unlike many people today he only had what he needed to continue making the impact.

Every spring if Petr was in town he made sure to personally cross the Neva river in the small boat built with his own hands to show people that it was once again safe to travel by water after the winter season.

Not to say that he didn’t enjoy the riches and resources as a tsar of course, but he had a bigger vision and motivation in addition to all of that.

The whole trip was simply amazing, but it’s time to get back to work of making my own legacy. Vacations usually work best when taken sporadically. 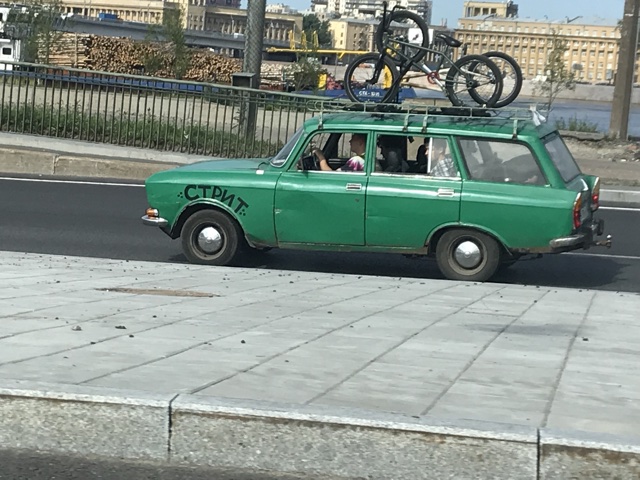 Don’t forget to take yours and remember that work is like a rubber ball. Unlike other things in life, it will always jump back up.